Finding Social Accountability in a Cloud of Carbon 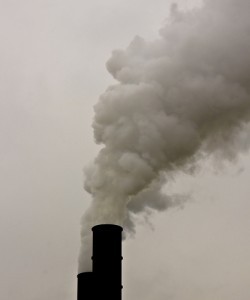 There is much cause for concern.  One, signs of climate change are already observable in all parts of the world. The Intergovernmental Panel on Climate Change (IPCC) has reported that “there have been widespread changes in extreme temperatures, droughts have become longer and more intense, the frequency of heavy precipitation has increased over most land areas, and arctic sea ice has shrunk by 2.7 percent per decade.” (East Asia Monitor, 2007)

Unfortunately, these changes have cascading effects, which will vary from region to region.  In the East Asia and Pacific (EAP) region, the World Bank categorized the major impacts into three distinct but highly interrelated categories: (East Asia Monitor, 2007)


Environmental.  This involves changes in coastal and marine systems, forest cover and biodiversity;

Economic.  Threat to water security, impacts on agriculture and fisheries, disruption of tourism, reduced energy security, which may have negative impacts on GDP; and

Two, countries, most especially developing ones, are highly vulnerable to the adverse impacts of climate change.   In East Asia-Pacific, where most countries are classified as developing, the World Bank attributed the region’s vulnerability to three (3) characteristics: (a) large percentage of population living along the coast and on many low-lying islands, putting them at risk of coastal flooding and sea level rise; (b) heavy reliance on agriculture and growing water use; and (c) high dependence on marine resources. (East Asia Environment Monitor, 2007)

The Asian Development Bank mirrored most of World Bank’s assessment, citing several factors why Southeast Asia is vulnerable: (a) concentration of SEA’s 563 million people along coastlines; (b) heavy reliance on agriculture for livelihood, which accounts for 43% of employment in 2004 and contributed about 11% of gross domestic product in 2006; (c) high dependence on natural resources and forestry; and (d) high poverty incidence. (The Economics of Climate Change in Southeast Asia, April 2009)

And three, the planet is warming up in a rate faster than what was projected by the IPCC. (Steenhuysen, February 2009) Current studies show that developed countries have contributed to the bulk of GHG accumulation in the atmosphere, thus they bear the primary responsibility of cutting emissions.  Developing countries only do so voluntarily basis due to their minimal GHG contribution.

But this trend is expected to change in the next few decades.  Increase in the emissions of developing countries within 2000-2025 is projected at 84%, putting them ahead of developed countries whose emissions are projected only to increase by 35%.

Among Asian countries, China will have the highest contribution (118%), topping even the United States.  India and Japan will remain contributors at 70% and 26%, respectively.

Many studies and reports paint a grim picture of the future.  And as the temperature of the planet escalates, so is the pressure on many countries, organizations, and even individuals to stabilize GHG levels through mitigation measures and to develop the ability to cope with and adapt to climate change impacts.

Climate change may have caused environmental, economic, and social ills, but it has also brought something else:  Engagement.  Scientists, environmentalists, leaders, policy-makers, community representatives, and concerned individuals have become engaged.  UNFCCC captured it best as it prepares for the fifteenth Conference of Parties (COP 15), “In December 2009, all roads lead to Copenhagen.”

In this one momentous occasion, all countries will converge in Denmark to forge a new deal built on a shared vision and long-term cooperative action.    Despite “common but differentiated responsibilities,” never in the history of mankind that people from all parts of world and from all levels of governance have come together to fight against a single enemy that threatens human survival.

Citizens play a key role because their actions can demand from public officials, politicians, and service providers to account for their conduct and performance in delivering basic services, promoting people’s welfare, and protecting people’s rights.

But where can we find social accountability in a cloud of carbon, that is, in all the excitement (or commotion) to discuss, debate, and address climate change?

Between developed and developing countries…

On mitigation, developed countries are urged to set deeper mitigation commitments to address global warming.  These efforts by developed countries will be supported by mitigation actions on the part of developing countries.   But current international debate takes into account that both mitigation commitments and actions (enabled by financing, technology transfer, and capacity building) should be pursued in a measurable, reportable, and verifiable (MRV) manner. (UNDP, The Bali Roadmap: Key Issues Under Negotiation)

The UNFCCC initially looks at an adaptation fund of US$67 billion every year to finance adaptation programs and projects of developing countries. Institutional mechanisms and arrangements are being proposed to ensure accessibility of the adaptation fund.

Between national governments and their major stakeholders…

National governments, party to the UNFCCC, now recognize the need to revisit their respective policies to ensure responsiveness and effectiveness to the needs of the times.  For richer countries, policies will have to take mitigation more into account; low-income countries, adaptation.  Information plays a crucial role in policy-making as legislators craft national policies based on scientific data and studies.  Whatever policy is set at the national level is sure to affect a country’s major stakeholders:
The Philippines, for instance, is on its way to putting in place a Climate Change law, with the Bill now taken up in the bicameral session.  The next stage is a stamp approval from the Office of the President.  Once the law is enacted, the National Government will release Php50 million to the Climate Change Commission, the sole climate change policy-making, and its programs and action plans.

Between sub-national governments and their constituents…

A closer interaction is expected at the local/community level as sub-national governments try to introduce or support adaptation measures in specific sectors such as agriculture and fisheries, water, health, housing, environment, tourism, and disaster risk management.  In mitigation, measures may be introduced or supported in the energy, solid waste management, and transport sectors.

As constituents feel the impacts of climate change – whether subtle or drastic – a tremendous pressure will bear down on local leaders to deliver basic services to communities, to promote the welfare and safety of the people, and to improve the quality of lives.

For low-income countries that work on limited resources, social accountability will be most relevant to ensure that local funds will go to where it is needed.  Avenues for participation in project planning, implementation, and monitoring should be provided to community members.  Transparency and accountability need to be built in government systems and processes. And efficiency must be carried out at all times.

Philippine Senate.  Senate Bill No. 2583, “An Act Mainstreaming Cliamte Change into Government Policy Formulations, Creating for this purpose the Climate Change Commission, and for other purposes”.

Philippine House of Representatives. House Bill No. 5982, “An Act Establishing the Framework Program for Climate Change, Creating the Climate Change Commission for this purpose, Appropriating funds therefor and for other purposes”.

The author is Program Coordinator of the Ateneo School of Government's Climate Change Adaptation Program.  She was part of the team that provided technical support and capacity building for the Philippine Delegation to the 15th Conference of Parties (COP15) of the United Nations Framework Convention on Climate Change, which was held December 2009 in Copenhagen.
Posted by ANSA-EAP at 3:36 PM