Victim or Partner? The Private Sector’s Response to Anti-Corruption Efforts 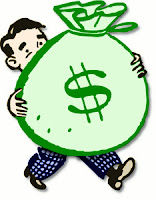 By J. Ibarra A. Angeles

The writer is a Communication Specialist with the Ateneo School of Government, a unit of the Ateneo de Manila University, Quezon City, the Philippines.
Posted by ANSA-EAP at 8:25 PM

Newer Post Home
Subscribe to: Post Comments (Atom)
About Us ANSA-EAP is a regional network promoting the practice of social accountability by providing a common platform for exchange of information and experience and by providing capacity building opportunities and technical assistance to citizen groups and governments. Visit the ANSA-EAP website