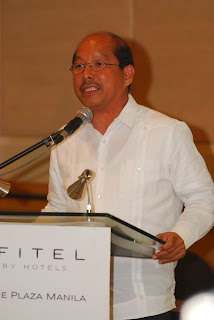 
Sec. Florencio B. Abad is the secretary of the Department of Budget and Management.
Posted by ANSA-EAP at 3:01 PM