This is an introductory blog to inform everyone of my affiliation with ANSA-EAP and the work I am currently undertaking.  With regard to background, I am an economist who has spent some time (close to 20 years) at the Asian Development Bank (ADB) in various positions. I am presently on leave from the ADB, was earlier affiliated with the Lee Kuan Yew School of Public Policy at the National University of Singapore, and am now working with ANSA–EAP.  The main purpose of this leave is to look deeper into the challenges of local government transformation in Indonesia, my country. By extension, the transformation of the public sector needs to be anchored on imbuing results-focused management in public organizations. By further extension, citizens—the ultimate clients of public services—need to play a key role if results focus is to be effectively installed in the government.

The research that I am conducting is intended to be a practical one. The approach relies on dialogue with stakeholders on a proposed design of an accountability network. This is for a local government in Batam Island, Indonesia.  The assessment takes advantage of the experiences of organizations pursuing accountability (through the use of community indicators, report cards and the like) in India, Canada, and the Philippines. Following design refinements, a trial setup of the network will be conducted to further understand the nuances of network operations.

One of the known problems and intended area of contribution for the study is on sustainability and ways for the citizen accountability movement to grow with local community support—both moral and financial. Although the case study is local, I hope the study has value regionally or even globally.

Five layers. This blog is written is as a reflection on discussions I had with potential local funders (businesses) and colleagues who have interest in upgrading public administration and citizen involvement in the endeavour. The discussions touch upon 5 layered questions. 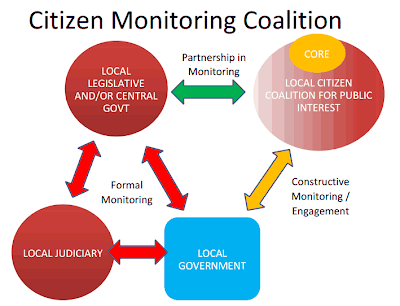 The five sets of queries show that network building, including building its support, is an elaborate but a doable process. The study I am working on will proceed with its interviews, analysis and field trial, and now, it is in an even better position with my affiliation with ANSA–EAP. I will keep everyone posted on how this study progresses. 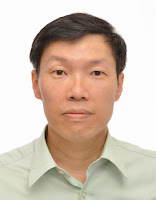 Emile is an economist who is currently researching sustainable networking with ANSA–EAP. As a matter of personal interest, he is studying how to build a citizen accountability network for Batam Island in Indonesia. Emile hails from Jakarta, Indonesia.