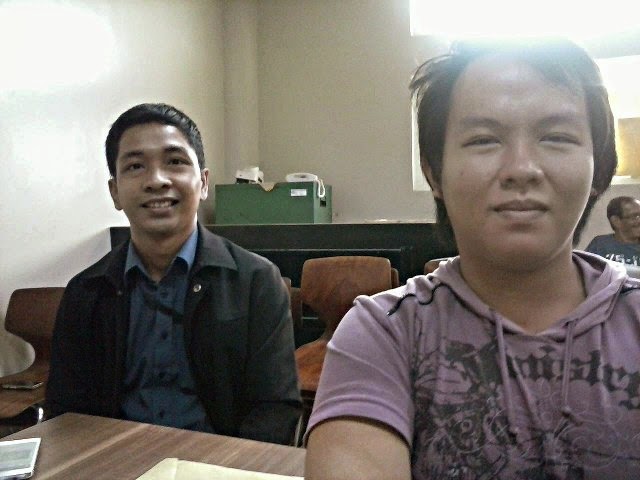 Political science teacher Anthony Badilla of Palawan  State University was in the process of organizing a half-day activity among his students. While surfing the Web, he had read about a new program called Citizen Participatory Audit, spearheaded by the Commission on Audit through partnership with a civil society organization. He thought it was a great, novel way of involving citizens in running the government.

He had wanted to create an opportunity for his students to translate what they were learning to more tangible action beyond the walls of the university.

In early December, however, Mr. Badilla received an invitation to attend a geotagging workshop organized by, of all agencies, the CoA. Imagine thus his surprise when he discovered that the workshop was an activity of the same CPA that he had been reading about and wanted to share to his students.

And so the half-day activity no longer had to be organized -- for now.

Badilla’s student, 20-year-old John Jester Cabular, says he was “alien” to geotagging before he walked into a conference room at the Puerto Princesa city hall. He thus welcomed the learning he obtained from the two-day workshop, where an procurement expert from the World Bank gave a hands-on training -- using freely available applications and Google earth on any Android-powered mobile phone -- on the use of technology as a tool for transparency.

Both student and teacher are members of an audit team that would look into farm-to-market roads in some municipalities of in Palawan, as part of the second phase of the CPA. The teams, composed of state auditors and citizen group representatives, will use geotagging technology to carry out the audit.

“The concept is now clear, very clear,” says Badilla of the workshop on the new tool. His concern, however, is on the actual execution of the audit, especially since it is technology-based and would require hands-on knowledge on the part of all team members. Because of this, he is also concerned that the capacities of team members may not be on the same level.

Adds Cabular, difficulties may arise from team members’ varying appreciation of the information made available to them.

But that is the technology, and as the World Bank representative said, anybody can learn anything if one wanted to, bad enough. Another area of concern for Badilla is participants’ commitment to their participation in the CPA. This is a long-running process, after all, he says, not a one-time event or even a half-day activity. And it’s not easy, either.

How do they see their roles as political science experts in the audit activity?  “The technical aspect of the audit may be better performed by the more specialized engineering or accounting representatives,” Badilla says. “We see ourselves becoming more involved in the information/education campaign and advocacy aspects of the CPA.”

The advocacy has been there for a while, at least for the professor. As a Puerto Princesa resident since birth, he is much affected by what has happened with the Malampaya funds and the fact that the province has yet to be given rightful recognition and share. He also says that there are island municipalities in the province, and that the people have to ensure that their infrastructure is monitored well, despite the distance between city centers and these remote places.

The 20-year-old Cabular is about to obtain his political science degree this March and is exploring several options on what to do after graduation. He might go to law school, or teach, or do government work for a while.

For now, though, being part of the audit team for CPA is a commitment he has made. He looks forward to learning much from the audit process. This is, after all, something one cannot learn in school.
Posted by ANSA-EAP at 1:40 PM